After school tours can be arranged for any prospective families.

Please contact the school office to arrange a booking.

We look forward to meeting you soon.

Can I discover that yeast is a micro-organism that produces gas?

First we poured 200ml of water into 6 plastic cups and added yeast to each cup. We then weighed out 20g of salt, sugar, rice, coffee, flour and oil. We added each ingredient to a cup of the water and yeast mixture. We poured the mixtures into 6 ziplock bags and left them for two hours to see which ingredient would react with the yeast the most. We found that the micro-organisms in the yeast got the most energy from the sugar to produce the most gas. The bag exploded! The salt reacted the least.

As part of our Chinese Inventions topic we made our own water clock. We taped two clear plastic cups together and made a hole in the bottom side of the top cup. We placed a cup under the hole to catch the water. We then poured some water into the top cup and timed for two minutes. After two minutes, we blocked the hole so no more water could pass through. We marked the side of the cup which was collecting the water to show the level after two minutes. We did it again to check that it made the same level again after two minutes. 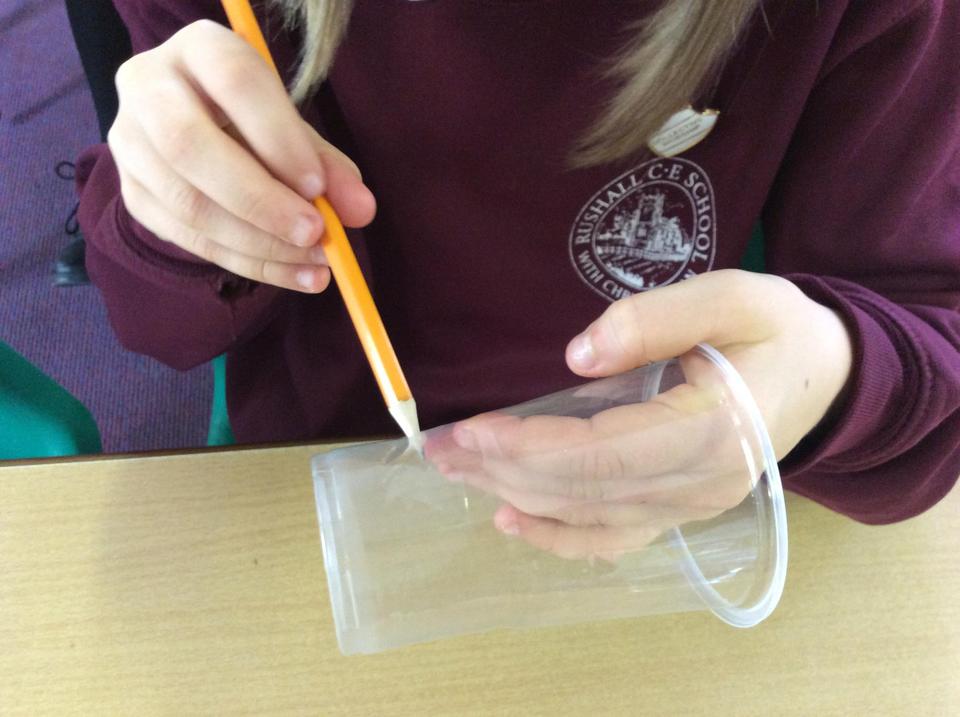 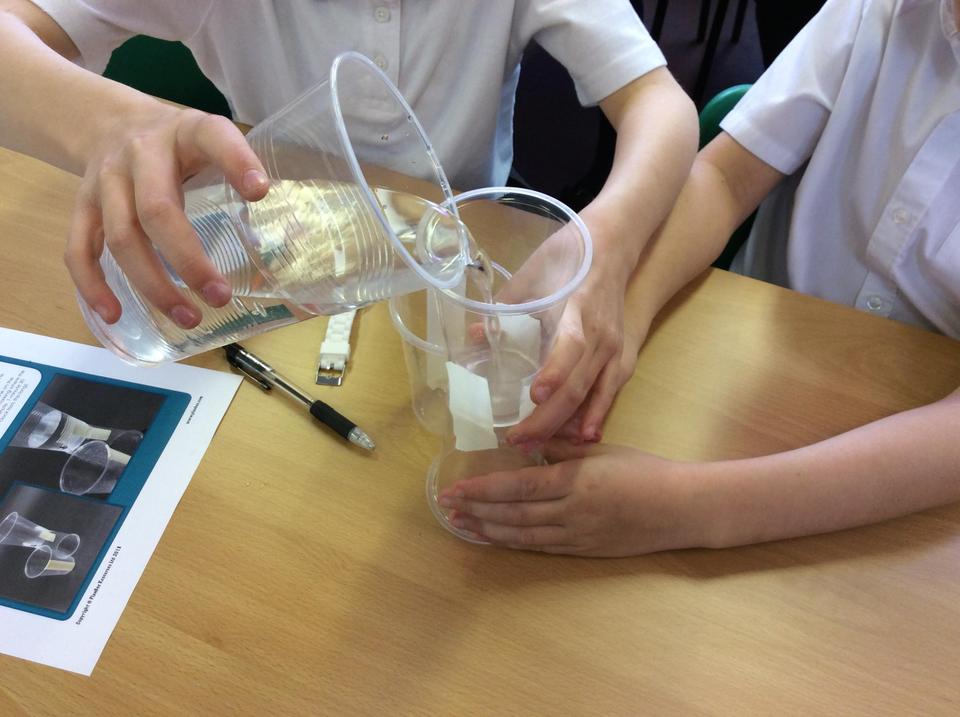 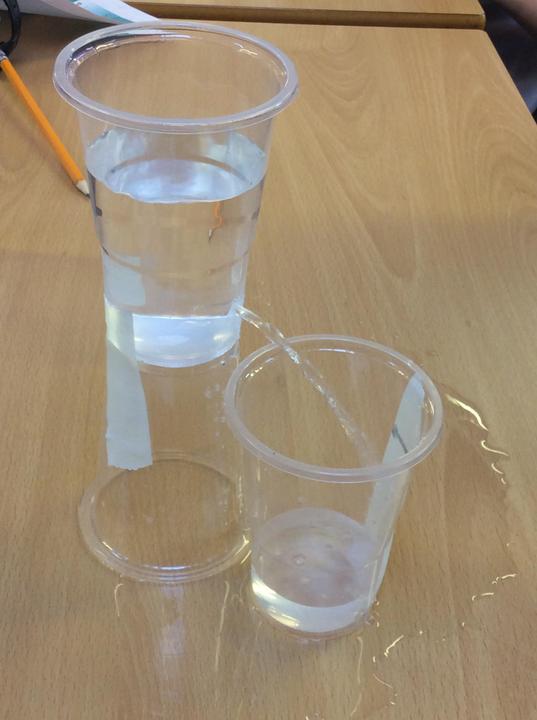 As part of our Chinese inventions topic, we made own Compass using a needle, thread, magnet, pencil and a cup. First we needed to magnetise the needle by rubbing it on the magnet. Then we tied the needle onto the piece of thread, and the thread was then attached to the pencil so that the needle could hang freely. We placed the pencil on top of the cup, with the needle hanging inside. The needle pointed north (we checked it was correct using a compass). 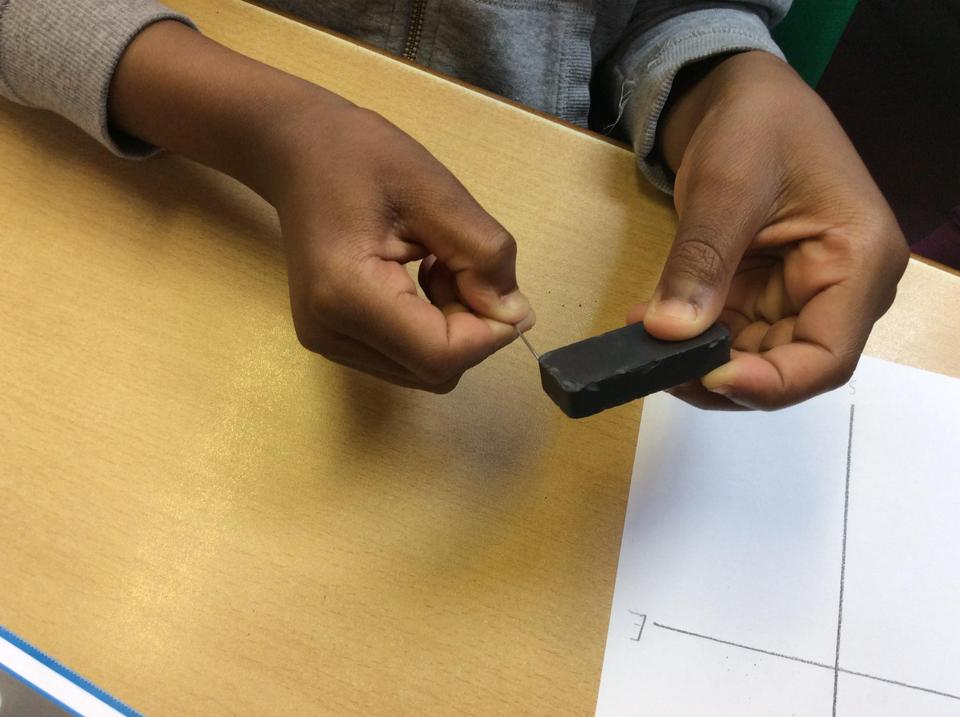 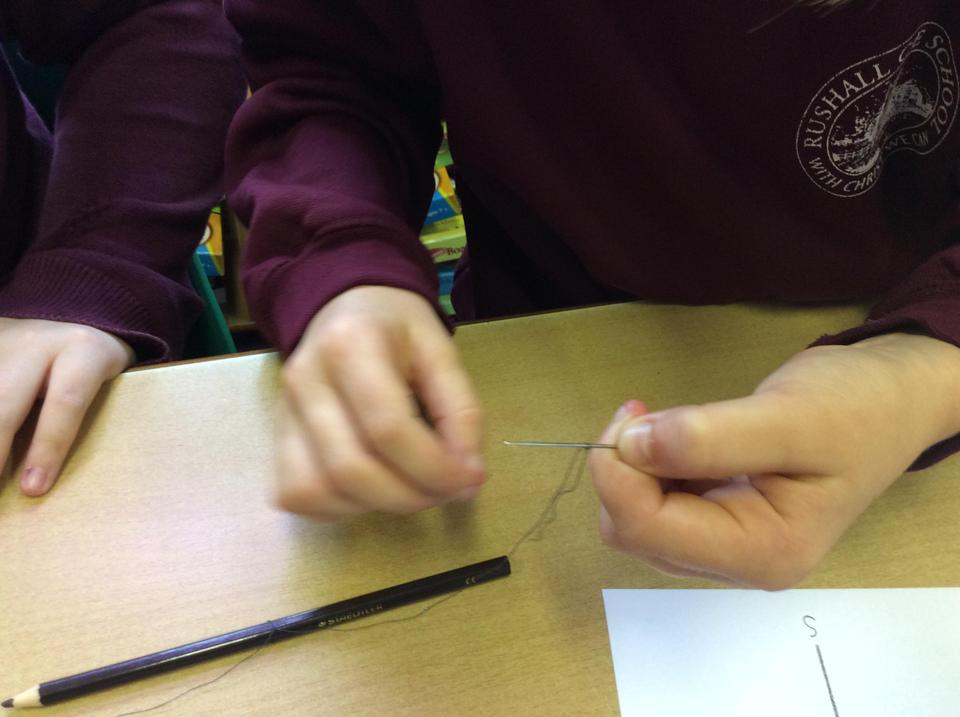 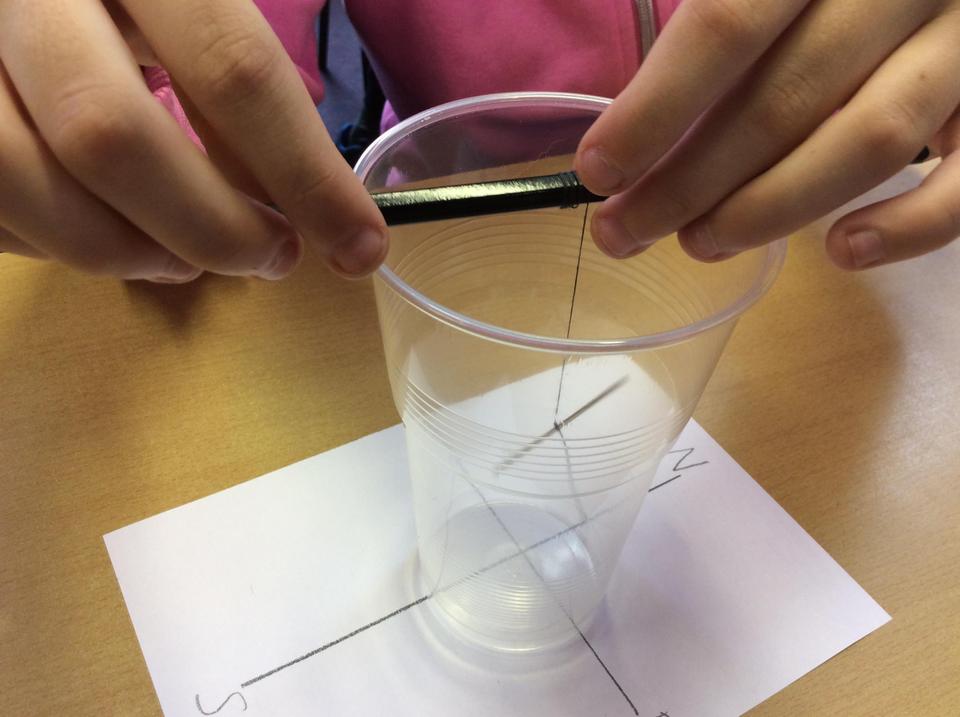 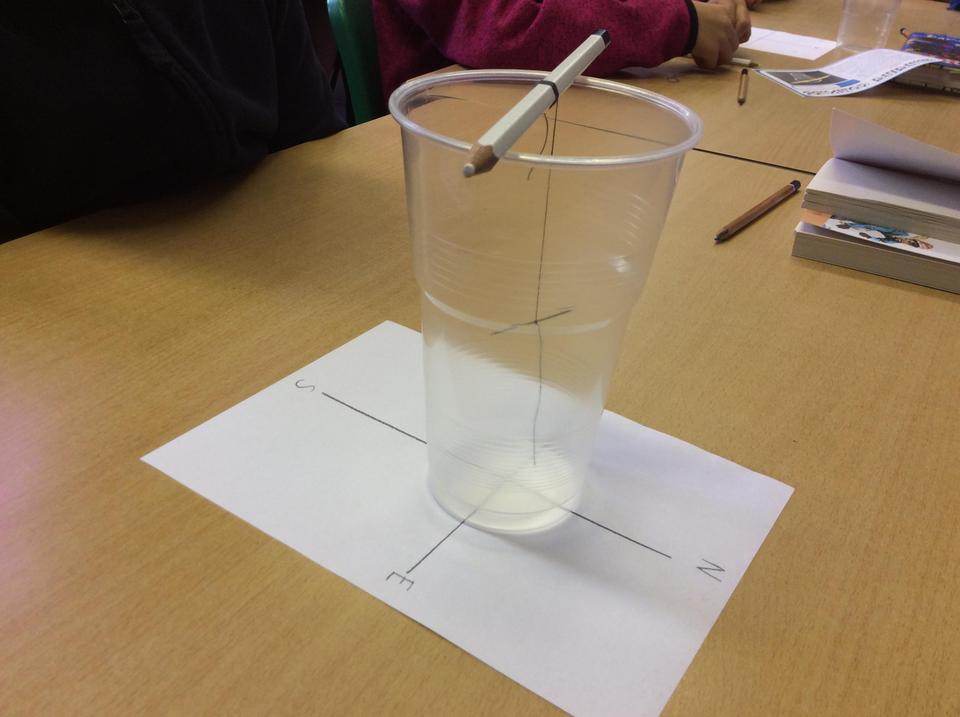 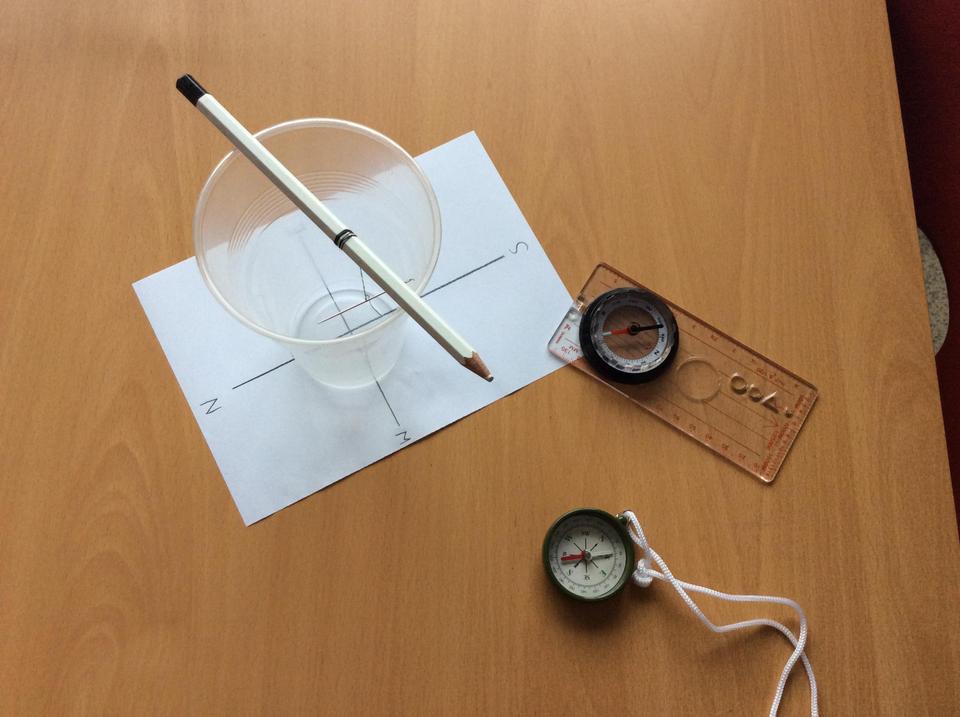 As part of our Topic work on Chinese inventions, Stardust class made paper. We had to churn up small pieces of paper to make a pulp. Next we had to squeeze out the water from the pulp. Once we had got as much water out as possible, we rolled the pulp out as flat as we could. Once it had dried, we had made our own paper.